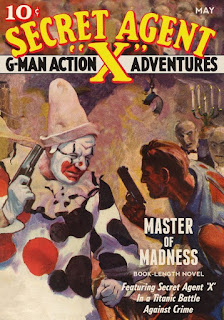 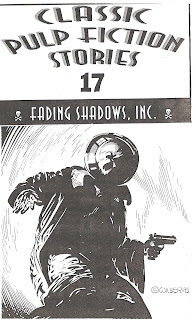 In the February 1997 issue of Double Danger Tales, Steve’s second novel, Master of Madness appeared in a three-part serial. The third novel, Halo of Horror was published as a three-part serial beginning with the October 1998 issue of DDT. With the end of the FADING SHADOWS genre magazines, Steve took a break from writing to concentrate more on his profession, but has been working on numerous plots for the character. Meanwhile, “Master of Madness” and “Halo of Horror” were both reprinted by Matt Moring of Altus Press, and 14 years after “Halo of Horror”, Altus Press is releasing Steve’s fourth Secret Agent X tale. The Resurrection Ring is a titanic novel of 170,000 words, the longest Secret Agent X novel ever written. I thought it was about time we introduce this amazing writer to everyone.
Posted by Tom Johnson at 3:32 PM