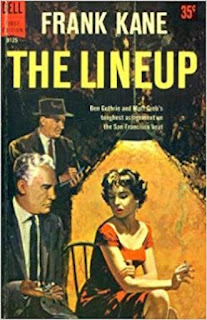 The Lineup by Frank Kane: Three men hit an illegal Chinese gambling den, robbing the illegal setup and killing the Chinese dealer running it with a spray of mustard gas. Leaving the scene a policeman stops the car for running a traffic light, but the driver is shook up and runs him down. Lieutenant Ben Guthrie and Inspector Matt Greb are assigned the case of the hit and run. The crooks hit an illegal horse bookie shop, also using the mustard gas. When the Chinese dealer dies in the hospital the doctor notifies the police that it’s a case of mustard gas poisoning, then a stoolie reports information about the horse bookie robbery, and the dead cop case gets a little bigger.


I was a fan of The Lineup when it was a radio drama, but missed the TV series that this is based on. However, I have seen the movie and enjoyed this novel. Highly recommended.

Tom Johnson
Author of TILL DEATH DO US PART
Posted by Tom Johnson at 12:48 PM 1 comment: 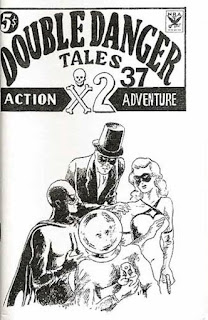 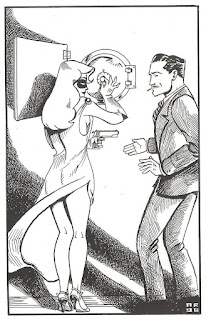 I’ve been thinking on this subject for a while now. I know some New Pulp Authors add sex to the Domino Lady stories they write, having her jump in bed with any and everyone. Sexually transmitted diseases were difficult to control until Penicillium became available in the mid 1940s. With all the bed hopping she’s been doing lately, Ellen Patrick is bound to come down with some STD in the mid 1930s. The chance it will happen is very high, so New Pulp Authors should be more careful with the lady. 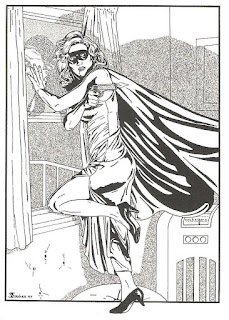 Prostitutes and mobsters spread the STDs unknowingly during the 1920s and into the 1930s. Al Capone died from syphilis. Deaths were more common in the early days of the Civil War and WWI, but deaths continued into WWII. Sadly, STDs are becoming immune to most of the treatments today, and STDs are on the rise once again, especially in big cities like DC, New York, Houston, Fort Worth-Dallas, etc. So give our pulp heroine a break and keep her out of bed with all those men, authors. She was a crime fighter, not a tramp. 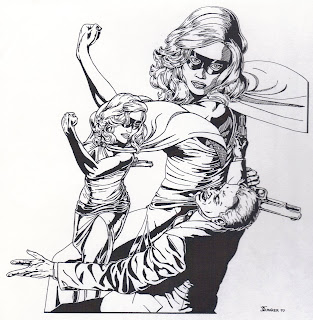 The Domino Lady, like her predecessor, The Masked Lady, wanted retaliation for her father’s murder from the criminals that ran the city. The Masked Lady’s father was framed by the crooks put in prison. Defeating them was a tough job, but she was dedicated and driven to accomplish her task. She wasn’t looking for a roll in the sack. That the criminal might find her sexy was part of her game, but she had no intention of warming anyone’s bed. That’s why she carried the syringe with knockout drops. And if that didn’t work she could always rely on the big .45 automatic to take charge. Making her sound like a female dog in heat is a disservice to a great pulp character. Not even her male equivalents acted like she is being portrayed. 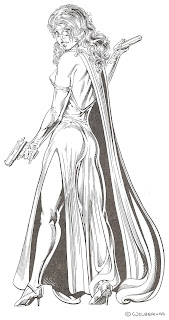 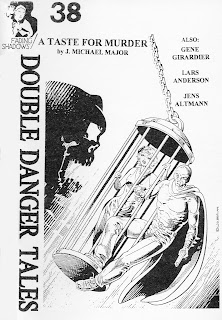 Jens H. Altmann was a German writer that wrote for the FADING SHADOWS magazines. His first story appeared in June 2000, in DOUBLE DANGER TALES #38, featuring his new pulp character The Midnight Sentinel. He wrote half a dozen stories featuring the character, all in DDT. Akiko Ando, his new bride, coauthored his last story for us. After his marriage he dropped out of writing for a while.  But for that brief period his new pulp character was well received. 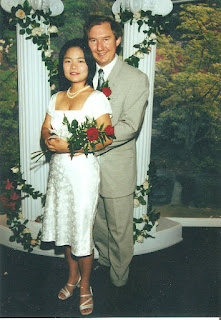